Search for “drum replacement” in any audio or recording forum and you’ll get as many opinions as there are members. Purists claim its cheating, while others will assert just as profusely how indispensable it has become part of the the overall process of recording drums.

This article is not meant to wade into that argument, but rather give you some starting points for the process itself. Love it or hate it, it’s a technological advancement that is here to stay.

So, there you are. All the tracks have been recorded and you’re going in to settle on a final mix. The guitars are crunchy, the vocals are clear and vibrant. The bass is sitting right in there with some serious low end.

Today, however, much can be done to salvage poor or weak sounding drums. Time to call in modern technology to the rescue.

These days you have a number of options to replace bad sounding drums with better sounding samples. Each performs the purpose effectively and can be used in virtually all major software recording platforms. The most popular drum replacement software today includes:

For the purpose of this tutorial, we will use Drumagog. For ease of use and versatility, it is our drum replacement tool of choice. To learn more about Drumagog, visit their website at www.drumagog.com.

The Ultimate Goal of Drum Replacement 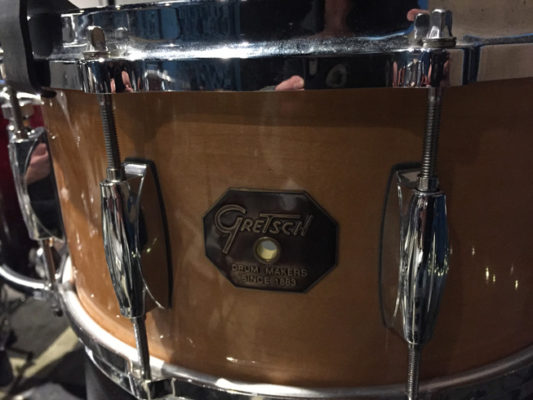 Above all else, the number one goal of replacing your drum sounds is to achieve a sound that is natural. No one should know or hear that the sounds have been replaced – they should fit in seamlessly with the drumkit and the other instruments in the mix. So, above all, careful listening and tasteful, musical decisions are a must. If you are doing rock, find drum sounds that are built for rock.

You certainly can’t expect an 18″ kick tuned for jazz to help you in creating the ultimate power rock kick sound (although sometimes it can work if you experiment a bit). Likewise, if your music is more acoustic in nature, you will need sounds that are appropriate. So, before looking to replace your drum sounds, be sure you have drum and cymbal samples that are up to the task.

Drum replacement works best in simple grooves. Drum tracks that are simple in terms of rhythmic and dynamic elements will be simpler to replace. Any drum style that falls along these lines – commercial rock, pop, country – should be great candidates to replace drum sounds. Some styles may be beyond drum replacement aid, namely jazz and other styles extremely dependent on dynamics, but acceptable improvements in the overall sound are still possible. Perhaps the drum replacement effect will be less dramatic in a jazz piece than a straight-ahead rock pop tune, but improvement is still possible. Again, it comes down to the taste and ear of the end-user to achieve natural, unnoticed drum replacements in the mix.

The Power of the Blend

The real skill in drum sound replacing comes in the blending of the original sounds with the new sample replacement sounds. Rarely, if ever, will you want to 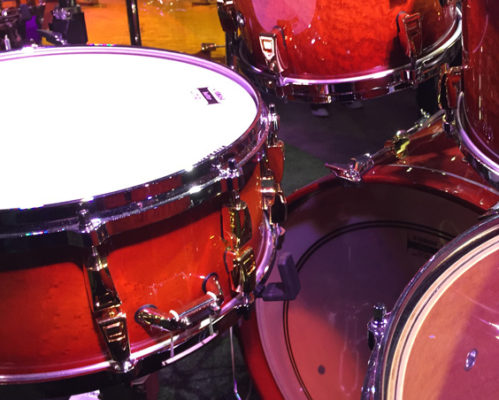 replace an original sound 100% with a sample. And, rarely, if ever, should you ever rely on a single sample to replace a particular voice on the kit. Just as all drums have a wide range of dynamics so too will your arsenal of drum sample replacements.

While kick drums in rock can be replaced with perhaps a handful of sample replacements (due to the expected consistency of kick drums in modern rock and pop music), snares, toms, and cymbals need many more. Having multiple sample choices will be your best friend in emulating the dynamics of a snare fill or a run down the toms.

In deciding what to replace, you will need to consider the two primary elements of the recorded drum sound: attack and resonance. Sometimes your snare will be just right in terms of the overall pitch and resonance but just doesn’t have the attack your mix demands. Alternately, perhaps the snare has plenty of attack but could use more body (resonance) to enhance its profile in the mix. This should be considered when introducing the sample replacements. Then, it is up to your ear to bring up the blend of the sample to the original sound to get it where it sits in the mix properly.

From experience, somewhere in the 60-80% range is the best place to start. You can start at 100% replacement if you want to hear the extreme result of replacement, then gradually backing it down until the sample is no longer easily discernible but still delivers the desired result to the mix.

When mixing in your drum replacement sounds, be sure you listen to the blended sound in terms of the overall song mix. While it is fine to listen to the soloed kick or snare track to hear the immediate effects, it is crucial to consider the full mix as well. What sounds great soloed can often be disappointing when listened in the full context of the mix. Be sure you always hear the drum sample replacements in the full context because this is how listeners will ultimately hear them after all. 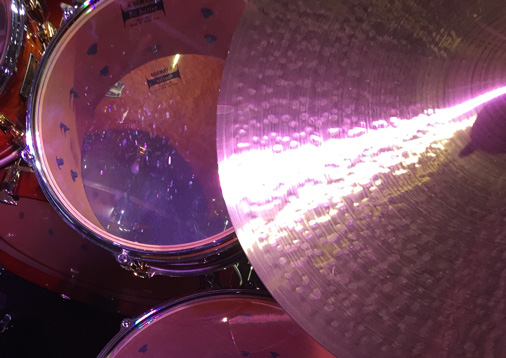 Drummers have two hands and, despite what they want to think or tell you, seldom are the hits on a drum exactly the same. But, it is precisely these variances that create what we have come to know and love as “feel.” So, consider this when replacing hits on a snare for example.

The surest way to get the dread “machine gun” effect is to have all the hits in a snare fill to use the same drum replacement sample. It’s important to ensure as many different “round robin” samples are used in the fill as this will yield the most natural and realistic results. Even firing off a random rim hit will break the monotony of multiple clean, center-of-the-drum type samples being used to articulate the drum fill figure. Mix and match the samples so that they can be somewhat random and striking ever-so-slightly different zones on the drum (from the center out to the rim).

Any drum sample pack worth its weight will make sure to deliver a wide range of velocities and articulations. Most good multi-velocity drum sample sets will include many hits per drum, covering all the normal (and perhaps out of the ordinary) zones a drummer will strike on a drum (be it intentional or not).

Even the best drummers are not machine-perfect, so you should think along these lines. A little random “humaness” is a good thing when it comes to sequencing MIDI drum parts with samples or going the sample replacement route.

A Word of Caution 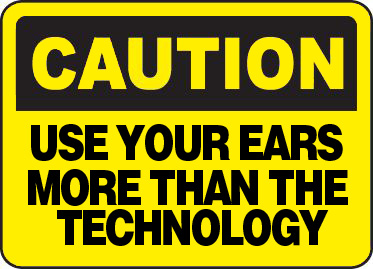 Like most situations in the studio, fixing it “in the mix” is often a time-consuming and frustrating process that could have more easily been solved getting the sounds right in the recording process.

Sure, you may get lucky throwing up a few mics and have a sound that totally works (yes, it does happen!). More often than not, a bit of time spent getting the mics in the right place takes care of phase and sound problems later.

But, sometimes, everything is done right (tuning and mic placement) but the sound is just not right for the music. This is where drum replacement is best used and often with the most satisfying results.

If you think along the lines of making good drum sounds better, then you will hardly be disappointed when the process is completed and the final mix is in.